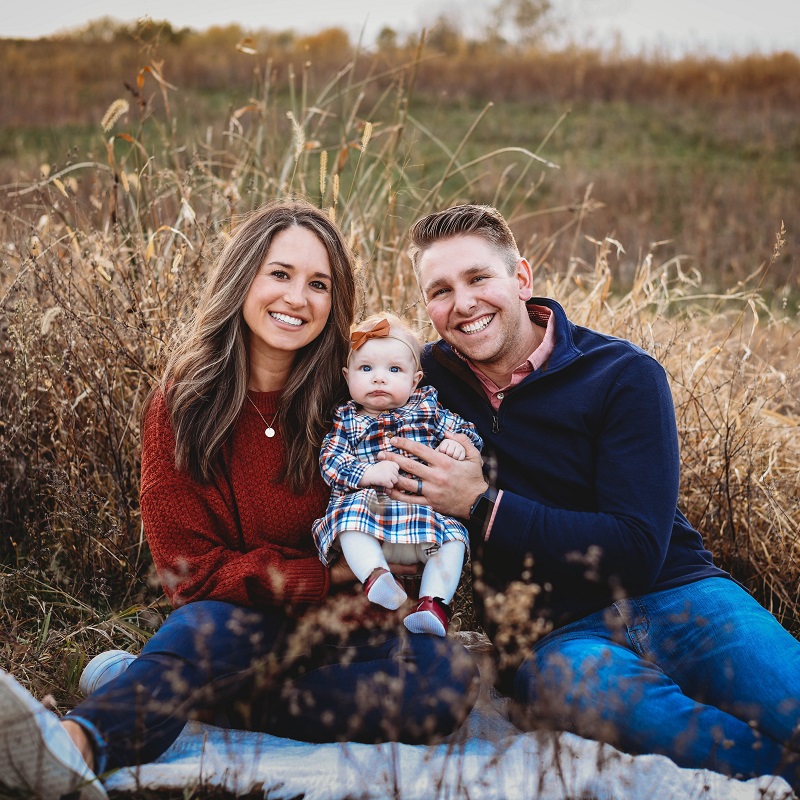 Dr. Hunter Vandenberg grew up in Ankeny, Iowa. He graduated with a degree in Biology from Simpson College in Indianola, Iowa. He attended Iowa State University College of Veterinary Medicine and received his DVM in 2016. His special interests include surgery, dentistry, preventative medicine, and the itchy dog (dermatology). In his spare time, he enjoys spending time with family, traveling, biking, and anything involving the great outdoors. He also enjoys aquaponic gardening, a mixture of aquaculture and hydroponics. Dr. Vandenberg resides in Ankeny with his wife Anna, daughter Sloan, and their dogs; Enzo (Scottish Terrier/Chihuahua Mix) and Beesly and Riggs (Mini Goldendoodles). 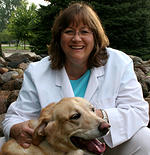 Dr. Danks is a graduate of Iowa State University. She received her Masters in Animal Behavior in 1979 and her DVM in 1984. She started work at Ankeny Animal Health Clinic in 1996. Along with working at our clinic, Dr. Danks had a successful 30 year Animal Behavior practice from which she has recently retired. Dr. Danks lives in Slater with her husband, Jim, Willow the dog and 4 cats. They have two sons who are grown and two granddaughters. She enjoys the outdoors and reading. 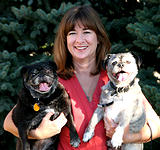 Heather joined the Ankeny Animal Health Clinic staff in 2000 after attending Southwestern Community College where she played softball.. Heather is a part of our surgical and dentistry team. You’ll also find her in the exam rooms throughout the afternoons. Heather currently lives in Mitchellville with her husband Jeff, kids Jade and Josie and her slew of pets Radish and Alfie both Pug dogs, Billy and Marsha-Mella longhair and Himalayian cats, ducks, a gecko, Mr. Peeps her bird and a few more.

Jessica first joined the Ankeny Animal Health Clinic staff in 2001 as part of the technician staff while attending Des Moines Area Community College. In 2017 she stepped away from our full time staff while her kids were in their crazy busy years only filling in when needed. In August of 2021 she rejoined our regular staff as our Office Manager. Jessica lives in Ankeny with her husband Derrick, kids Lily and Austin, lap dogs Trixie (Weimaraner) and Cholula aka Lulu (Pug) and the newest member Goose who is a cat not a goose.

Rachael joined the AAHC team part-time in 2015 while pursuing a degree in Biology from Iowa State University. After graduating in 2019, she joined our full-time staff assisting in the exam rooms and helping out at the front desk. In 2021, Rachael joined Heather and Christa as part of our surgical and dentistry team. Rachael lives in Madrid with her high school sweetheart, Dakota. Together they have a husky-malamute mix named Vlad and a cat named Tien. In her free time, Rachael likes to draw and paint, go on long walks on the beach with Vlad, and vehemently enjoys the American cartoon, ‘The Simpsons’.

Originally from the East side of the state, Christa migrated to central Iowa to attend Iowa State University and pursue a career in Engineering. After a few years in the field, a drastic change in career path led her here. She lives in Ankeny with her family: Marshall, a Math professor at DMACC, and Linus, a Border Collie/Norwegian Elkhound mix. Rain or shine, they can be found walking the High Trestle Trail, running and swimming at the dog park, playing frisbee, attempting to hike all the State Park and Recreation areas, and barking at emergency sirens.

Courtney started in 2014 as a kennel attendant while she attended the DMACC veterinary technician program. After graduating in 2016 she became a full time RVT at the clinic. She lives in Ankeny with her husband Tim. Together they have a chaotic house-hold of three children, two dogs, and one cat. In her free time she enjoys making memories with her family and friends, shopping at Target, and binge watching a variety of shows on Netflix.

Madison grew up on a small farm in Madrid, IA. She graduated high school in 2014 then attended DMACC in Ankeny. In 2017 she started on the AAHC team while also attending college. At this time she also worked at Iowa Veterinary Referral Center (now Blue Pearl) working ER overnights. She graduated with three degrees in business in 2017. In 2018 she moved to Newton,IA and continued her animal career at Parkview Animal Hospital. In 2020 she moved back to Madrid,IA to be closer to family after having her son Alvin. In March 2021, Madison came back to the AAHC team to continue working with animals. She now lives on an acreage in Madrid with her son Alvin and Great Dane Alfred. She enjoys being outside, photography, being around animals, and making memories with her son, and expecting her second child in September 2022.

Originally from Minnesota, Ali moved to the area to pursue a degree in Animal Science at Iowa State University. She started with Ankeny Animal Health Clinic in 2019 working part time while finishing her degree. After graduating in 2020, Ali joined our team full time as a veterinary assistant. These days you’ll find Ali’s smiling face at our front desk working as our full time Client Care Specialist. Ali enjoys living in Ankeny with her high school sweetheart, John. Together they have two black labs named Benny and Cash, and a chinchilla named Hank. In her free time, she enjoys camping trips to Minnesota, hunting, fishing and spending time with friends.

Quentin is the newest member of our full time staff. He is an Ankeny native that graduated from Centennial High School in 2017. He is an avid gamer and splits his time between that and taking care of his fur family; a special needs cat named Stubbz and senior citizen Sissy, our former clinic cat, who is very happy living out her golden years in a home. Quentin’s dream career would be to open a cat hospice facility and give all the old and sick cats great medical care and snuggles.

Ashlyn Brungardt grew up in Ankeny, IA. She is currently enrolled at Iowa State University in animal science on the pre-vet track. She joined the AAHC team in 2018 working part time while in high school. She loves keeping busy, you can find her camping, hiking, fishing, or anything outdoors. Ashlyn lives in Ankeny with her family and beagle, Hemi. 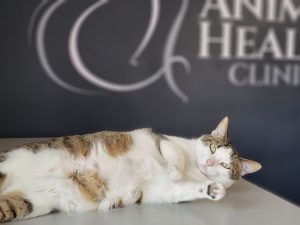 Mildred – Supervisor of All Things

Millie joined our staff as a supervisor in June of 2020. She keeps everyone on their toes letting us know when it’s time to feed her and when we’ve missed her afternoon treats. You can often find her keeping watch from one of the clinic’s windows or napping in the sun in her bed.

We brought our dog Dimond once so far and they were Great with her, she is a black shepherd and very nervous at vets. Had to muzzle her but they did... read more

I absolutely love and trust the team at Ankeny Animal Health Clinic. Dr. Danks and Dr. Vandenberg are so nice and make sure to follow up directly... read more

My husband and I traveled from out of town to come to the Ankeny Animal Health Clinic as the reviews and word-of mouth were all extremely positive.... read more

We brought our dog Dimond once so far and they were Great with her, she is a black shepherd and very nervous at vets. Had to muzzle her but they did it with such care and still were as gentle as possible. Highly recommend this place, from the moment we got there till we left, very good experience.

I absolutely love and trust the team at Ankeny Animal Health Clinic. Dr. Danks and Dr. Vandenberg are so nice and make sure to follow up directly with me. They’re open and honest about the options I have when treating my pup, and the staff are always willing to answer questions. As a first time dog owner and going through some bumps, I fully trust this clinic with my dogs life and am so happy I chose them! Highly recommend.

My husband and I traveled from out of town to come to the Ankeny Animal Health Clinic as the reviews and word-of mouth were all extremely positive. We brought our two cats for a procedure and we couldn't be more pleased with the care given and overall professionalism from all of the staff. They were extremely COVID-safe and made sure our fur babies were taken great care of. Dr. Vandenberg did the procedure on both cats and they are both happy, healthy and healing quickly/nicely. He was very informative on how he was going to do the procedure and what the after care looked like. My husband and I would recommend this clinic to any animal lover.